To check the state minister’s claim, FactCheck.lk consulted the Central Bank of Sri Lanka’s (CBSL) data on the industrial sector’s contribution to GDP.

Industrial production has never been as high as 54% nor has it fallen drastically from a high past achievement, nor has it had a pattern of decline since 1977 as claimed by the state minister. Therefore, we classify his statement as FALSE. 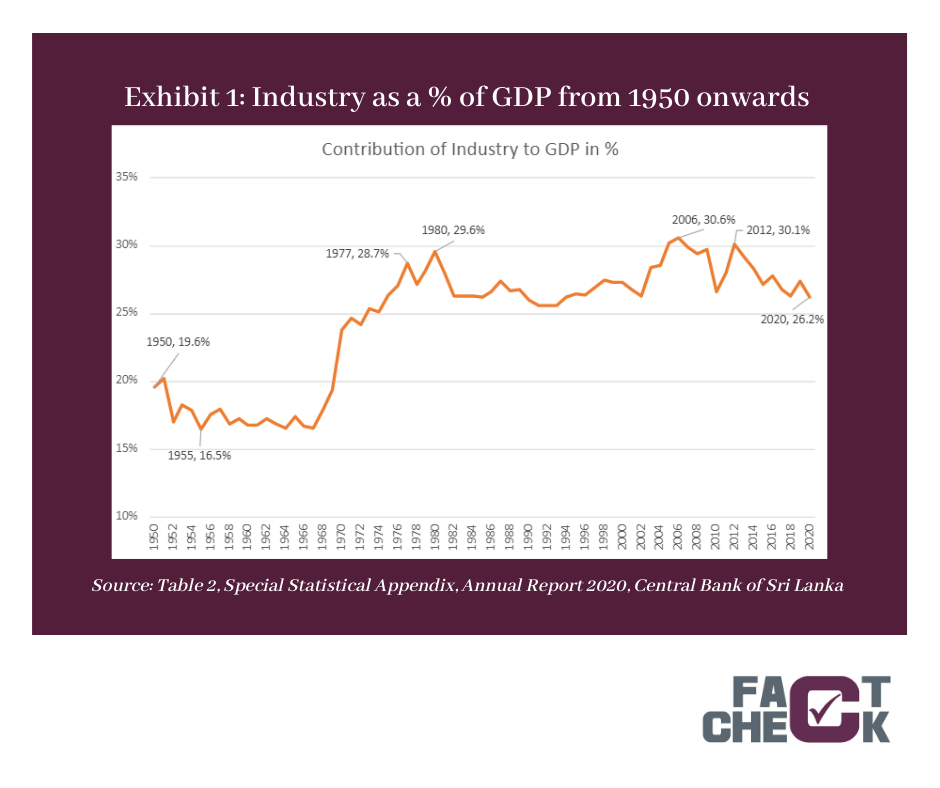