On 02 April 2019, Lankadeepa reported that MP Udaya Gammanpila made the following claims in parliament:

The latest Prisons Statistics of Sri Lanka report, which contains updated data for 2017, showed the following.

However, this figure does not represent the marginal cost (extra cost) of imprisoning each new prisoner. This is because it includes some unchanging costs of running the prisons, including utilities, salaries, and facilities maintenance etc. These costs do not increase each time a new prisoner is added to the prison population and do not decrease when a prisoner is released. The extra cost of a person imprisoned for not being able to pay a fine, as the MP stated, would mainly be the cost of food, uniforms, etc., which is much lower than the average cost. The Prison Statistics report states that the average cost of food per prisoner per day was Rs. 114. According to the Ministry of Finance approved budget estimates, in 2017, only 15.7% of the Department of Prisons recurrent expenditure was spent on diets and uniforms, while all recurrent expenditure is used to calculate daily average cost per prisoner.

The majority of prisoners are in prison for being unable to pay fines. Although the average cost of maintaining a prisoner per month is in line with the MP’s claims, the extra cost of adding a new prisoner, to which the MP is referring, is much lower. Therefore, we classify the MP’s statement as PARTLY TRUE. 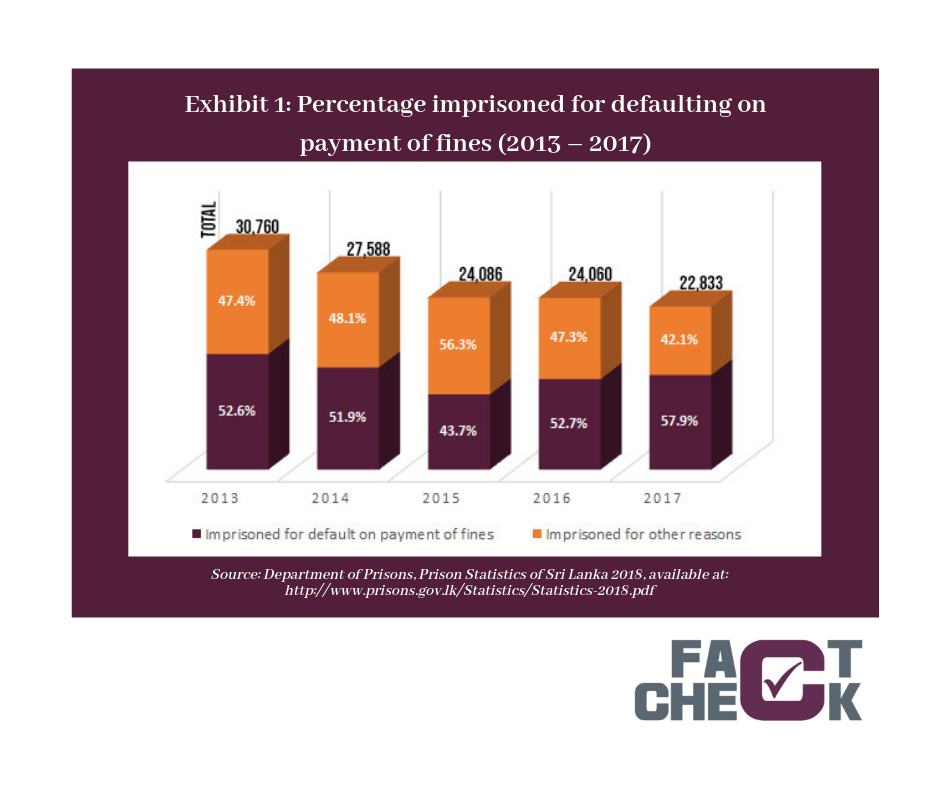