Are these claims true?

Fact checking Claim 2:
The CBSL Annual Report’s data on provincial GDP share over time contradicts MP Dissanayaka’s second claim. While MP Dissanayaka claims that GDP has stagnated outside of the Western Province, the data shows that the total share of GDP held by provinces other than Western province has increased from 57.2 per cent in 2012 to 60.3 per cent in 2016.

Taking all information into account, we have classified MP Dissanayaka’s statement as “BLATANTLY FALSE”. 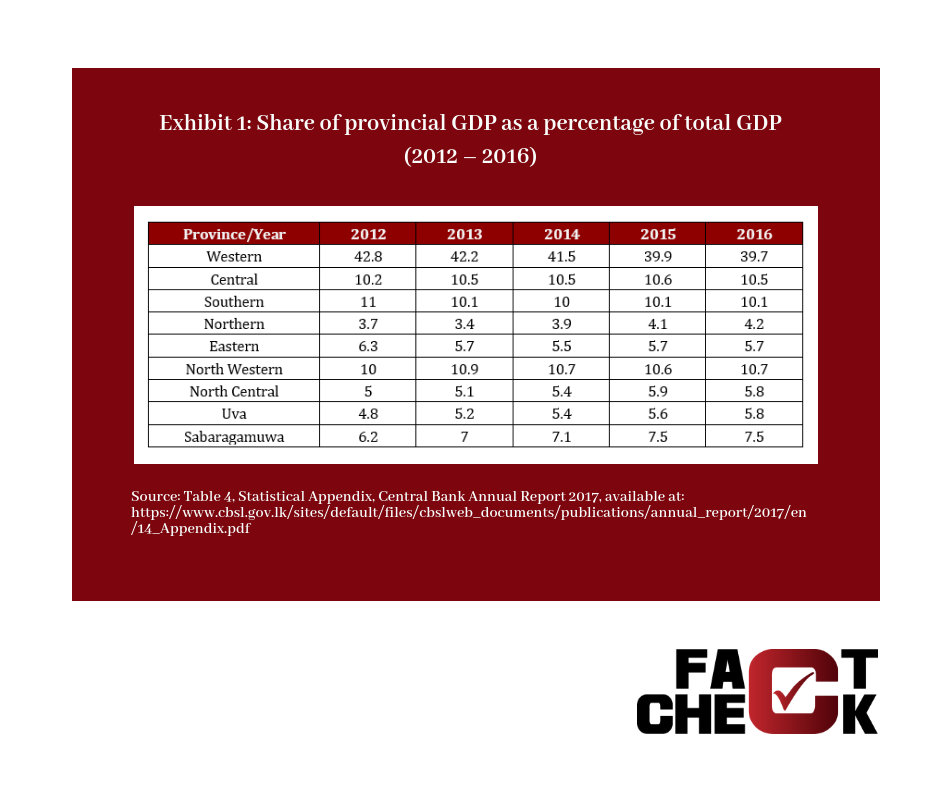